Relationships can be difficult. They’re even more difficult when one of the parties is a toxic, negative person. Toxic people show up in every type of relationship imaginable whether they’re personal, professional, or casual. Their behaviors and actions are emotionally and mentally draining, leaving everyone who they come in contact with feeling lousy about themselves. A toxic person often doesn’t realize or doesn’t care, that they’re causing pain to others and their behavior continues unchecked. A person who has learned how to recognize the 7 habits of toxic people can protect themselves from this negative influence and live a happier life.

Toxic People Are Masters of Manipulation

Toxic individuals are always looking out for their own interests and are extremely good at manipulating others to get what they want. Everything is about them and they’re unwilling to budge in their position. If someone refuses to bow to their will, they will use any tactic necessary to get them to comply. Many times it’s subtle, like making a person feel guilt and shame for not doing what they want. However, manipulators don’t always stop there. Some will make threats such as leaving others alone without financial support, exposing weaknesses that disrupt another’s social standing, and some even resort to physical violence.

Their Behavior and Attitudes are Inconsistent

Because they’re so good at manipulating others, toxic people tend to be inconsistent with their behaviors and attitudes. When things are going their way, they can be extremely charming, sweet, and fun to be around. The same holds true when they’re trying to get someone else to do what they want. However, the moment something isn’t in line with their desires or if someone refuses to bend to their will, they quickly switch over to being nasty, rude, and confrontational. Oftentimes, the change happens in what seems to be an instant, leaving others to wonder what happened and what they did to cause the shift.

They Judge Everyone Else Harshly

Toxic people have a very high view of themselves when compared to others. They feel as though it’s their duty to point out every little thing about other people that’s not quite right. They talk about everyone else’s weight, income, relationships, children, home, and every other aspect of their lives in negative terms. They’re intolerant of anyone being different than they are and insist that their way is best. They don’t confine their judgment to any one person or group of people, they’re convinced that they’re right and that everyone else is wrong in one way or another.

They Place Blame But Never Accept It

One of the most damaging habits of a toxic person is that they always blame other people for everything, including their own actions, thoughts, and feelings. These people think that everyone else is the problem and that they have to react the way that they do. If they get angry about something, it’s the other person who caused it. If they feel hurt in any way, again, it’s someone else’s doing and they’re completely innocent. If they cause anyone else any pain, stress, or heartache, it’s not their fault. In fact, they’ll insist that they couldn’t possibly be to blame and that the other person is just being sensitive and over-reacting.

They Focus on Problems, Not Solutions

People who are toxic don’t like to solve problems, they like to talk about problems. They’ll point out how horrible the government is, how rotten their neighborhood, city, or state is, and how awful everyone around them behaves. They’re so focused on the negative that even the smallest inconveniences, like having to wait in line or being stuck in a traffic jam become huge problems. They’ll meltdown, scream, cuss, and complain to anyone that will listen. The problem is, they never offer any solutions to the problems that they see and are quick to shoot down anyone else’s suggestions.

They Use Distraction to Control Others

It’s difficult to have a serious conversation with a toxic person because they truly do not care what anyone else thinks or feels. Instead of staying on topic to work out a disagreement, for example, they’ll criticize the way the other person speaks. They’ll dismiss someone else based on the tone of their voice or the words that they use instead of focusing on what that person is actually saying. If that tactic doesn’t work, they’ll talk about how hurt they are that they’re being confronted, how it’s not fair, and how the other person is wrong. It’s more than just rude behavior, it’s a distraction meant to keep the attention on themselves and on their point of view.

They Lack the Ability to Be Supportive

Most people are happy for their friends or family members when something good happens to them. They’ll offer hearty congratulations and tell the other person how proud of them they are. A toxic person spins someone else’s success as a blow against them. Instead of being happy for the other person, they’ll either try to outdo them by telling their own, more interesting and dramatic success story. If they don’t have any successes, they’ll make one up, or go the opposite route and talk about how they’ve been held back and the other person has gotten an unfair advantage. In other words, they always find a way to diminish another person’s success.

Avoiding toxic people can be extremely difficult, especially if that person is a family member, spouse, or someone that cannot be avoided like a co-worker. However, recognizing the fact that they are toxic can help a person manage the relationship a bit better. Rather than trying to change their behaviors, or trying to convince them that they’re harming others, the best thing to do is to remember that they are the problem. Ignore the nasty words, walk away from confrontations, set clear boundaries, and don’t allow them to create self-doubt.

Photo by Mehrdad Haghighi on Unsplash 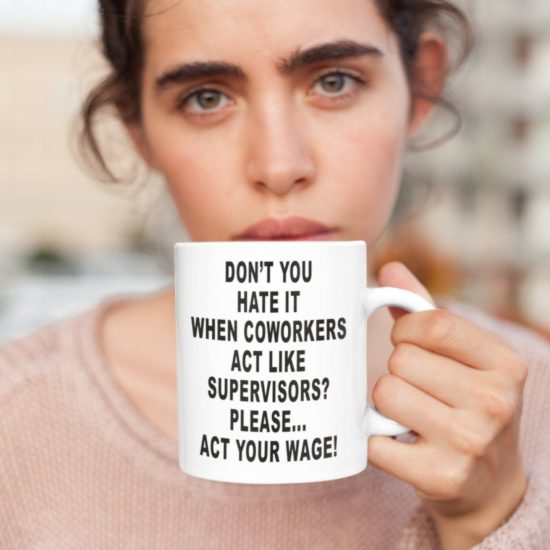