We all make mistakes sometimes. Even the kindest and most thoughtful people still occasionally do something to hurt or offend another person. This simple truth means that apologizing is a skill that everyone must master. Saying sorry the right way to someone you hurt might seem straightforward, but it can be more complicated than it appears. Here are four key tips for apologizing properly.

Get the Details Right

Before you apologize, think carefully about what you did wrong. A proper apology focuses on the offense itself as precisely as possible. A well-articulated apology sends the message that you have truly grasped why what you did requires saying you are sorry. If you aren’t sure exactly where you went wrong, you must ask before making your apology.

One of the biggest keys to properly apologizing is to take full responsibility for what you did. Don’t make any excuses. Don’t subtly blame another person or the circumstances you were in. These sorts of evasions undermine your apology. These dodges communicate that you don’t think you are really to blame for what happened. An apology in which you don’t accept full responsibility is arguably worse than no apology at all.

An apology that seems forced or lacks in real emotion is almost worse than no apology at all. Reflect on what you did wrong. Think about why you should feel bad for what you did. Now, if you don’t feel you did something wrong, then don’t apologize. Making a false apology is a form of dishonesty and wrongs both you and the recipient. Otherwise, make your apology as open, honest, and heartfelt as you can.

Don’t wait around to say you are sorry. The sooner, the better. Feelings of anger and resentment only deepen with time. The goal of an apology is to heal up the hurt and restore relations to peace and harmony, allowing all involved to move forward. Apologizing promptly communicates that you place a priority on your need to make amends. If you really regret what you did, you will want to apologize as quickly as possible.

It would be nice if apologies were never necessary. Making an apology can be awkward and embarrassing, and can generate feelings of shame. However, there is no escaping the importance of making a good apology. If you want to make things right when you do wrong, you must learn how to apologize the right way.

How to Use Self-Affirmation to Apologize

One becomes much better at apologizing when we remind ourselves of our own good qualities just before we approach someone we’ve wronged to admit that we’ve royally screwed up.

In 2014, Karina Schumann, a Stanford University psychologist, published a research paper demonstrating that self-affirmation leads to better apologies. She discovered that people who practiced affirmation were less likely to be defensive and included more elements of an actual admission of wrongdoing in their apologies.

Apologizing begins with saying a few positive words to yourself. A one-size-fits-all affirmation won’t work here; one has to make it personal. Think about your sources of self-worth. Maybe you’re really good at your job and generally well-liked. Maybe your parenting skills are off the charts and your kids are turning out awesome. Or it could be that you’re creative and full of ideas. Whatever it is, have a little chat with yourself about it before you step up to apologize. It could go something like this:

I’m good at relating to people. Here at work, my colleagues often turn to me for advice and guidance because I’m open-minded and kind.

When you think about what makes you feel good about yourself, you’re disarming your defenses. Now you’re ready to apologize.

An apology is the superglue of life. It can repair just about anything.

The ability of a person to atone has always been the most remarkable of human features.

I’m sorry you’re angry is not an apology.

Never apologize for being yourself. 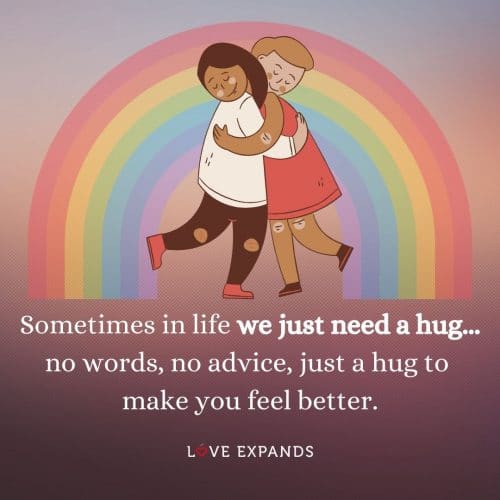