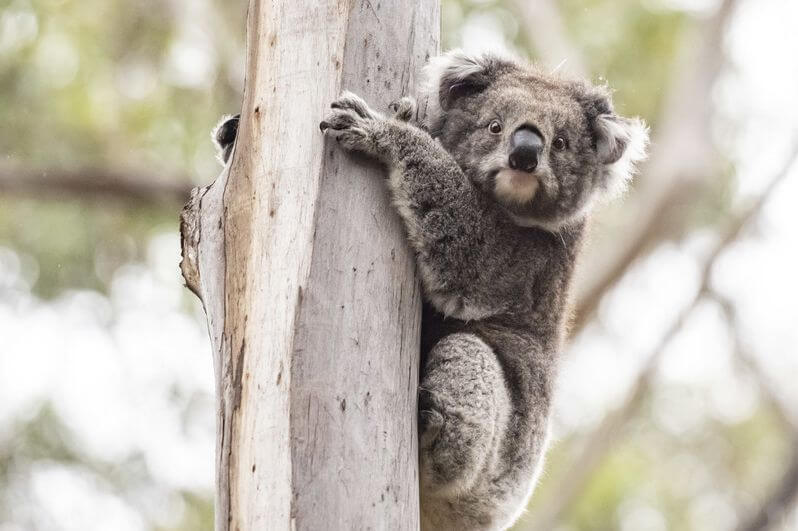 “The 2019-2020 bushfire season was unprecedented in intensity and devastation,” as per the State Library Victoria. News of these fires spread worldwide on the news and through viral videos, with heartbreaking images of animals escaping the blazes, fires which caused 34 deaths and an incomprehensible toll on the wildlife. The COVID-19 pandemic predictably made recovery efforts even harder, which introduced the world to many koalas singed and escaping the busfires, like this YouTube video from back in January where some animals can be seen being rescued in a car by passersby. Thankfully, as of this past Saturday, a few koalas are now back in the wild where they belong.

It’s been a long year for many, and that includes the 14 koalas who have been recovering and healing through 10 months of medical treatment and rehab. Phillip Island Nature Parks have been responsible for their continued care, though some koalas with more severe injuries had to be airlifted elsewhere for additional measures, including multiple surgeries. Some portions of their rehab plan included special enclosures for building their strength up so that they could climb trees again when they were ready to rewilded.

Back in July, National Geographic spoke with an ecologist at University of Sydney, who stated that, “The data is still coming in, but if anything, the estimate that a billion animals died was more conservative than I realized.” The toll on Victorian wildlife seems incalculable, but at least these koalas had some backup, working around the clock to protect and heal them.

Jessica McKelson, Conservation Manager at Phillip Island, remarked to ABC Australia that, “Watching them grow, build their strength, from the first time that they came in to now, and then witnessing them being released back to the wild was such a touching and highly memorable moment.”

Cover photo: This koala was released into bushland around Mallacoota after recovering from its injuries.