Books and television shows frequently discuss body language reading expertise. Experts appear on television during election season, for instance, comment on the body language displayed by various political candidates, and try to gauge what they really think or are like. Such frequent references to body language reading, however, have made it common for people to place excessive amounts of trust in it. What follows are surprising insights into the real nature of how to read body language.

Most of what you hear about body language is incorrect

Many people believe in the misconception that the study of body language can offer specific cues about the meanings of specific gestures or postures. In truth, however, gestures tend to be ambiguous, rather than specific. For instance, a person may cross their arms because they are defensive, but also because their arms are tired, or because they feel cold. It’s even possible they are all these things at the same time.

The problem is that experts speaking to general audiences are expected to have concrete opinions and instant analyses and tips to offer, to keep people interested. Complicated, ambiguous-sounding observations rarely command much audience interest. The pressure to offer soundbites for mass consumption makes experts oversimplify the ideas they offer. There’s also the added complication brought about by the existence of gestures that come with specific meanings – such as the thumbs-up gesture, or the peace sign. When some gestures come with specific meanings, people expect all gestures to offer them.

If the study of body language interests you, you need to be aware before you head in of how public pressure makes experts oversimplify the field. A general misunderstanding of the complexity of gestures can make you underestimate the difficulties inherent in their study.

Facial expressions are not an important part of body language reading

Most adults are able to disguise their real, inner feelings, and to keep their facial expressions untouched by them. People know that they need to get along with people in all kinds of social and professional settings, and can’t always let them see the truth about how they feel. People wear specific expressions to fake friendliness, interest, respect, amusement, and a number of other emotions. It can be exceedingly hard to see through them. For this reason, merely looking at a person’s face to learn what they really think about something isn’t a good idea.

The expressions that people fake aren’t foolproof. Sometimes, when people feel strong emotions about something and they keep their feelings to themselves, their faces can’t help but let fleeting, micro-expressions through for a second or so, before they reassert control. It takes considerable training to look for and catch micro-expressions in the short periods of time that they appear, and to read them, but it can be done.

Body language cues signal the emotional intent of a person with reasonable accuracy. Research indicates that emotions first show up in the body language, and only then, a fraction of a second later, in the conscious mind. Whether a person is impatient, happy, or angry, then their body knows and broadcasts these feelings first. Developing skills at reading body language won’t tell you about specific conscious thoughts that people have in their minds, but they can show you how to read the general emotional direction that a person is in.

Most people are reasonably effective at controlling the way their feelings reflect on their facial expressions but aren’t that good when it comes to masking how their feelings show in the way they hold their bodies. You can learn to read the body language in people for cues about their emotions.

“But behavior in the human being is sometimes a defense, a way of concealing motives and thoughts, as language can be a way of hiding your thoughts and preventing communication.” 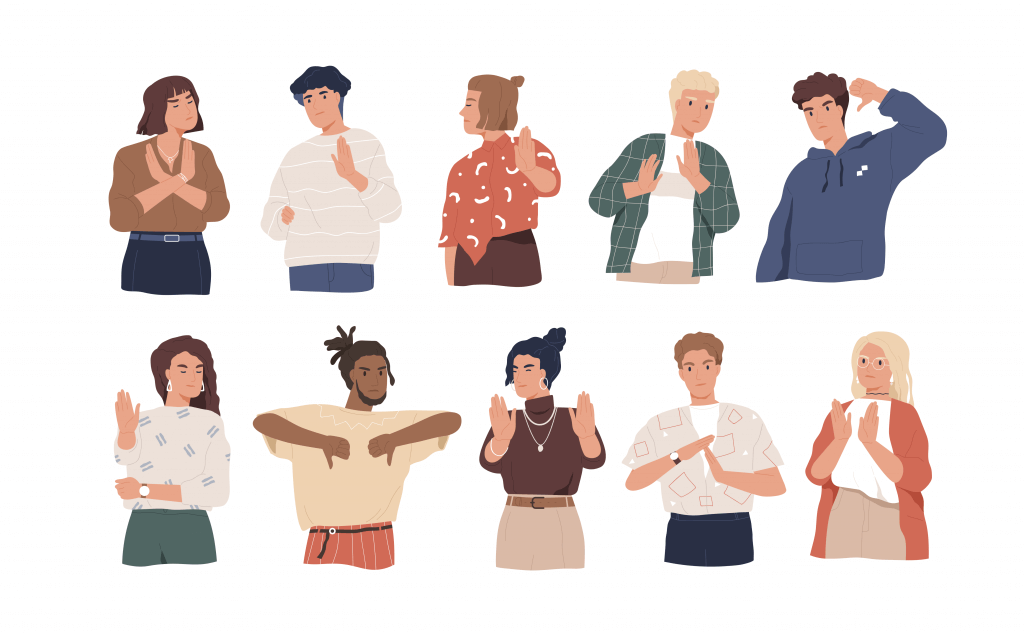 While you may not be very good at reading the body language cues of colleagues at work whom you’ve known only a few months, or neighbors that you talk to once in a while, the members of your family are different. You’ve had thousands of hours to learn about what they feel when they hold their bodies in certain ways. You know when your child feels guilty about having done something wrong, or when your partner is angry at you. They are usually unable to hide their feelings from you for very long, even if when trying to do it. You have expertise at reading their physical cues, just as an experienced body language expert knows how to read what strangers say with their bodies.

The human brain contains mirror neurons. When your unconscious brain registers an emotion in another person, your mirror neurons activate to feel it so that you may understand and share the emotion. Evolution grants humans this ability to allow them to do things like notice fear or a threat in another person, and take instant action. This unconscious ability can be harnessed to read body language. It can take some practice to consult your unconscious mind to find out what it reads about a person’s emotional state, but it can be done.

It’s possible to learn how to read the body language of the people that you meet each day. For the most part, the skill draws from your ability to sense what your unconscious mind registers. When you’re really good at it, you get to understand people other than the individuals that you’re close to. It’s a skill worth developing.

“We communicate all the time, even when we don’t realize it. Be aware of body language”

Trusting your gut is an option

The unconscious part of the brain is good at reading body language, but there is yet another part of your brain that you can trust, as well – your gut. You have about 100 million neurons in that region of your body. It’s the reason why you feel certain emotional states – nervousness or butterflies – in your gut first, and consciously, only later. Knowing that your gut has a role to play in your ability to be emotionally aware of your own feelings and the feelings of others can help you become more adept in this area.

George deGeyter is a professional Canadian writer with over a decade of experience getting his start in 2007 while obtaining his bachelor’s degree in accounting and humanities. Boasting a personal library of hundreds of books on a wide range of topics, George loves to write on a vast array of topics including health, technology, pets, beauty, gardening, business careers and has added CBD and hemp to his repertoire here at TOC.

You can either give negativity power over your life or you can choose happiness instead.

Who looks outside, dreams; who looks inside, awakes.

When we don't nourish ourselves with fresh, healthy food, restful sleep, regular exercise, a daily spiritual practice such as meditation or journaling, and other mind-body healing habits, we will inevitably feel tired, out of balance, irritable, and sometimes even depressed.

Wherever you go you will find people lying to you, and as your awareness grows, you will notice that you also lie to yourself. Do not expect people to tell you the truth because they also lie to themselves. You have to trust yourself and choose to believe or not to believe what someone says to you.

For those who dare to dream, there is a whole world to win.