Self-help often encourages people to improve their lives by making statements like, “I have all the money I need,” or, “I have unlimited energy to take on all challenges.” But despite endless internet lists of positive affirmations, if you don’t already have a positive mindset, positive affirmations may actually hurt your self-esteem.

However, all affirmations are not bad. Changing your life starts in your thoughts, but those thoughts must be realistic. You can’t magically remake your life overnight by wishing for it, but you can use neutral affirmations to assess and accept your present situation, letting you improve by focusing on getting a little better every day.

The False Promise of Positive Affirmations

Positive affirmations have a long history. For example, Émile Coué, a therapist and pharmacist (professional lines were blurry at the time), developed a popular philosophy of “optimistic autosuggestion” at the beginning of the 20th century. However, even Coué noted that just repeating positive phrases over and over wasn’t good enough by itself. He wrote that autosuggestion, “is, however, a dangerous instrument; it can wound or even kill you if you handle it imprudently and unconsciously.”

Nevertheless, positive affirmations are sacrosanct in parts of the self-help world. The concept is the foundation of many self-help careers. Think of Rhonda Byrne’s best-selling book The Secret, which promises that anything you wish for will come to you with the right thoughts.

You can’t just convince yourself that everything is great if it’s not. If you run a business with constant loses, it won’t help to constantly repeat positive affirmations like, “My business is constantly growing and thriving.” If you tend to run away from problems, it’s not believable to say, “I have unlimited abilities to conquer all challenges.” If you can’t pay your rent, it’s a cruel joke to say, “I have all the money I need.”

In other words, if you’re not already in a positive place, your brain will reject positive affirmations because they don’t fit your reality.

Be Realistic with Neutral Affirmations

Think of it this way: If you have the time to sit and read this article, then at the very least–at this particular moment reading this sentence–you are okay. In this moment you are alive and breathing and taking a little bit of a step toward self-improvement, and every little step you take will bring you closer to a moment when positive affirmations might make a bit of sense.

If you tell yourself things like, “I always fail,” this is just as unrealistic as telling yourself that you will always succeed. If you’re here reading this today, then you must have succeeded in many things to get here. You might not be full of boundless energy, and you might not be able to take on every new challenged that hits you with utter perfection, but at least you have made it to this point.

Instead of trying to make yourself believe positive affirmations, try more realistic statements like, “Sometimes I fail, and sometimes I succeed, and many things are not under my control.” You don’t even have to fully accept yourself, as many self-help gurus demand, so long as you can tell yourself that you are working on accepting yourself.

Additionally, while making grand positive statements about your life is not helpful, researchers did find that targeted positive affirmations are sometimes helpful. For example, if your life really is a mess–even if you have no job and no friends and no prospects–there’s probably still something that you could be positive about, such as particular skills or past achievements. If you’ve gotten this far, then you must be capable of something.

There’s a bit magic in the word “okay.” It confirms without judging. It’s the ultimate neutral affirmation. So long as you exist and can think, then you will be, in a sense, okay. That’s why people can say they’re okay after getting hurt. Maybe they’ve been hurt, but not so bad that they aren’t at least okay.

You’re not a perfect person, and you don’t have to be. It’s okay to fail sometimes. It’s okay to say and do the wrong things, and when you recognize that you’ve done the wrong thing, don’t beat yourself up about it. But don’t try to bury those mistakes in positive affirmations either. Instead, tell yourself that it’s okay to make mistakes, and then use your mistakes as opportunities to think about what you’d do differently next time.

As you come to accept where you are and start to turn your negative thoughts into areas for improvement, positive affirmations will come naturally as you notice that, “I did alright today.” Eventually, you might even be able to say truthfully at the end of the day that, “I did great today,” and because it is the truth, this positive affirmation will boost your mood.

Life in abundance comes only through great love.

It is very important that your career raises your awareness. If your career is lowering your personal power, then it has got to change.

Good judgement is the product of a calm and curious mind, reasoning without motivation and attachment.

The worst hatred is that of relatives.

Take care what you say before a wall, as you cannot tell who may be behind it. 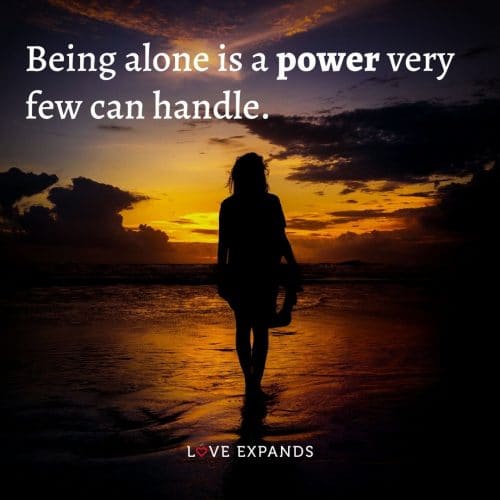