Are you living outside of Turkey and looking to meet Turkish singles? If yes, there are a few Turkish dating sites and apps that can facilitate your search. Whether living in the US, Canada, United Kingdom, Germany or elsewhere, the following Turkish dating sites are those we recommend you consider joining. The list is short, but it offers one popular Turkish dating site that singles are flocking to for meeting people.

Topping our list of Best Turkish Dating Sites and Apps is Turkish Personals.

Turkish Personals is the leading dating site and app for single Turkish men and women. The site is geared towards the Turkish diaspora and supports many languages, including English, German, Turkish and French. As a result, you will find a geographically diverse group of Turkish singles on the site.

The site separates itself from other Turkish dating apps and sites in part, thanks to informative member profiles. Unlike many of the casual, swiping based sites and apps that attract non-serious users, Turkish Personals is very much geared towards those looking to genuinely meet someone for a date and possibly marriage.

While they do not currently have an app the site is fast and features are solid. We especially like the granular search filters enabling you to narrow your search to your liking. Other features include the ability to show interest to members (free), online now indicator, member photo galleries and real-time chat.

Here are some tips for getting the most out of your Turkish Personals experience. Some of this is common sense and obvious to seasoned online daters, but bear with us as there’s sure to be newbies reading this:

On the whole, Turkish Personals offers a quality experience suited to single Turkish men and women who are looking for more than a fling. Click here to join Turkish Personals for free and best of luck in your search for a Turkish match! 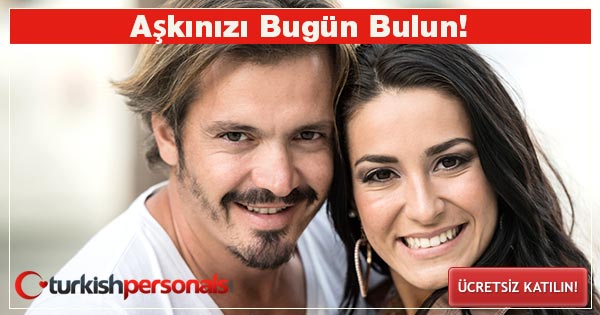 While not the best, Turkish Direct is a free dating site that might be worth your time. While the site’s layout and feature set feels outdated, the site nonetheless has a healthy number of Turkish singles (especially from Turkey).

The profiles are not terribly informative, but you can easily browse, view profiles and send messages for free. The site works best for those using laptops/desktops as it is not a mobile-friendly site. Suffice it to say, they do not offer an app. Click here to visit Turkish Direct.

Turkish Singles is the sister site of Turkish Personals so it’s quite likely that the experience and possibly many of the members are the same. That said, it’s a nicely designed site with many single Turkish men and women looking to chat and meet others. Click here to join.

Siberalem is a long-running Turkish dating app and site. The service is one of the oldest dating sites in Turkey, having been around since 2009. One drawback to the service for members of the Turkish diaspora is that the site is only available in Turkish. Give it a try!

The following are the countries, states and cities outside of Turkey with the largest Turkish populations. As such, they are ideal for those looking to date single Turkish women or men.

According to the Washington Post, Turkey is among the world’s top 10 emigration countries. The Turkish community living abroad amounts to more than 6 million, of whom approximately 5.5 million live in Western European countries.

Turkish people form the largest ethnic minority group in Denmark, Germany, and the Netherlands, and the 2nd largest minority in Austria. According to The Guardian, while half a million Turks live in the UK, Germany, Austria, the Netherlands and France all have larger Turkish communities. As for the United States, The Turkish American Community is comprised of approximately 350,000 (likely more) Americans of Turkish descent. The largest concentration of Turkish Americans is in New York, New Jersey and in California.

But of course, if you are single and do not live in an area with many Turks, you can always use Turkish Personals, which ranks as the ‘Best Turkish Dating Site’ we have reviewed.

The top US communities with the highest percentage of people claiming Turkish ancestry in 2000 are as follow: