In the beginning…there was Adam and Eve? Okay. Maybe, but seriously…my guess is that in the beginning ‘dating 101’ was probably a whole lot simpler than they are now. It’s likely that dating is tougher now than it used to be for a number of reasons. Gender roles used to be better defined, with far less overlap, and thus, less confusion about what we were all supposed to be doing. The family unit was also more extended and more stable than it is now. People stayed in one general location geographically, whereas nowadays we move wherever our career or significant other might take us. This isolates us from potential social supports and resources. In addition, the gender revolution and industrialization of our society has led to dramatic changes in lifestyle (at least in more industrialized countries and areas in those countries), and with it, the ways in which we relate romantically.

In the “old country” (Iran which is where my father was born) there were disadvantages and advantages to matchmaking. On the positive side, there was accountability, family input and support, and community involvement that truly served as pillars to a newly formed union between two individuals (well, really between two families). Of course, with all this excessive involvement by everyone, an individual (male or female) also had less voice regarding his or her mate choice. Love was usually not a part of the equation, and the conceptualization of marriage included a form of love thought to evolve over time from the commitment of marriage itself, establishment of habits, development of friendship, and security of the union. Marriages did last, not necessarily because of the kind of love we refer to in Western culture, but because of a different definition of love that was rooted in commitment and within an extended family network. This worked, and it worked because the culture supported it. Unfortunately, we discovered that this type of arranged marriage does not work as well in Western culture, and that phenomenon is most likely due to a lack of community support and traditional framework that have served to uphold these types of unions in tight-knit cultures. We have a different and much more romanticized definition of love as a culture – that is, in Western culture. Furthermore, there are generational differences that must be resolved and only compound cultural issues.

To complicate matters, for young women and men who now choose to postpone marriage to pursue higher education or career opportunities, or accrue wealth or financial security, they may be seduced by high-energy big-city settings, where family units are small (if even units), and many choose serial monogamy or “sport” dating in lieu of the “white-picket fence” dream. Gender roles are much more egalitarian and afford more opportunities to both men and women. A man can be a house-husband and although many men still feel uncomfortable with this, many women would feel quite affectionately towards a man with this flexibility. A woman can be a high-powered CEO, although unfortunately, we are all still socialized to expect that men obtain positions of power so that women can be supported (financially). Irrespective of how most of us, in most cultures, have been socialized, my point is, we do have options when it really comes down to it. With these choices or freedoms, comes confusion.

Okay, so where does all of this leave us? Well…probably with one increasingly popular form of dating – online dating. We don’t have “socials” anymore or local soda shops where we can innocently go down the street get a root beer float. Courting does not even always happen anymore as things can move quite quickly into the physical realm. I refuse to believe that chivalry is dead, but the truth is society evolves. We are more open about dating, expectations, and especially about sexuality. Our openness about sex (e.g., willingness to talk about it) is probably what leads to an increased level of comfort with sexual interactions. It’s on the television, in the movies, in all kinds of advertising. Everything just starts earlier these days. I learned in college about things that third-graders nowadays enact. I’m quite embarrassed to admit that I actually believed into my early 20s that oral sex was saying kinky things over the telephone! Eventually, someone set me straight. Things are just different now. It’s not necessarily a bad thing, but it is important that we understand the ways in which our dating environment has changed (and why it is different) so that we may adapt to it, and so that our expectations will be aligned with the reality of dating in the 21st century. And if our expectations are not aligned with the dating schema of more Western cultures, then it is also important to recognize that reality and be prepared to communicate our position to prospective mates.

So what is the reality of dating today for most people? Well, many people still meet their lifelong partners in school, for example, college or graduate school. Others meet at work or while engaging in social or athletic activities. But sometimes, we miss the boat on all of those and find ourselves in our 30s or 40s and without a partner or perhaps starting over after an expired relationship or marriage. So, we might try online dating, which like all dating, has its pros and cons. However, the cons can be minimized and the pros can be amplified if we are smart about it. Despite the popularity of dating apps/services like our dating service here at Love Expands, OkCupid, Bumble, ChristianCafe, Iranian Personals, etc., some people, especially immigrants, are still shy about online dating or express that they feel that one must be “really desperate” to have to resort to online dating.

The truth is that times have changed. We are busier, probably working longer hours to keep up with inflation and a struggling economy. Online dating can be an efficient way to meet people with whom you have more in common and can truly be an effective way to meet a life partner if you learn how to use this resource properly. Once you have a better idea of who you are, then you are likely to have an easier time identifying a life partner with whom you would be most compatible. Filtering out the mismatches is then a relatively easy task, primarily because you have accurately prioritized important character traits and you are realistic about what you seek and also what you offer.

The Bottom Line For Dating 101: Times are constantly changing. Dating (and our concept of ‘Dating 101’) is evolving just as everything else in society is evolving. Keep an open mind and be willing to adapt to the ways of the 21st Century. We might just establish “new traditions” that will work better for the newer, younger generations. The key is to look back far enough to learn from the past, but forward enough to make progress.

Dr. Shiva Ghaed is a licensed Clinical Psychologist practicing in Southern California, with expertise in treating trauma, mood, and anxiety disorders. She has extensive formal education, has published and worked for renowned organizations throughout her life. She has made significant contributions to her field and to those who have been fortunate enough to work with her.

The art of life is to live in the present moment.

I have just three things to teach: simplicity, patience, compassion. These three are your greatest treasures.

I believe a joyful life is made up of joyful moments gracefully strung together by trust, gratitude, and inspiration.

The most valuable gift one can receive is thoughtful criticism.

We all need to be mocked from time to time, lest we take ourselves too seriously. 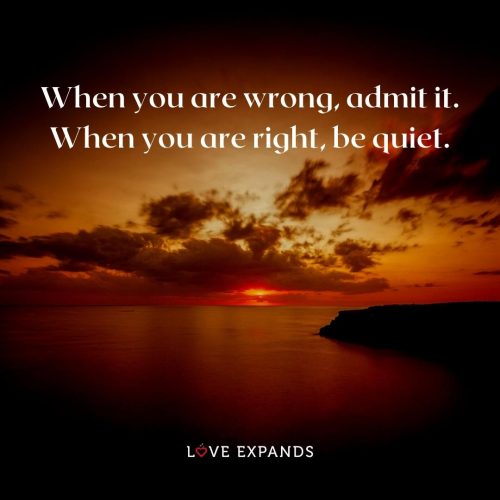